InnoISAM is what I need, a happy medium between InnoDB and MyISAM. I need the speed of inserts of InnoDB with the speed of selects of MyISAM – no HEAP will not work because the JOIN that I do results in the HEAP table being converted into MyISAM. You get two tables that deal with 2 extreme’s but not good happy medium table.

Monday also became MarketDefender day today, a website I don’t like working on because the work I do on it involves working with a payment gateway – something I have never enjoyed but roped myself into technically before I even started working at StickyEyes. The reason for this being my CV states I have worked with payment gateways in the past, so lucky me gets to work on them more now! It’s one of those websites where you hope it will end, but it never does, like cancer, but maybe not quite so severe or deadly.

After work, it was straight to the gym, working on my chest again with a new programme that was done for me on Saturday; it aches a LOT so it’s great! Certainly doing the right thing as there’s no injury, just a lot of muscle fatigue. He put me on a system that involves doing some bench presses and lifts, pull-ups and then finishing off with reducing sets of chest curls so by the end of it, lifting 7kg feels like a tonne. Pyramid sets I think they’re called, would be upside down though as you start with a high weight and work down…I don’t always get the naming conventions used for weight training. If anyone is interested in some new ideas for the gym, I’d be happy to give you a few ideas from what I’ve been told. 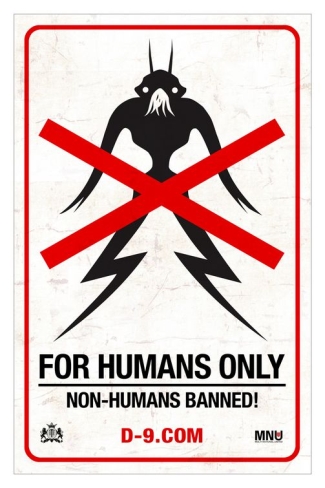 Over the weekend I went to see District 9 at the cinema. It’s a neat idea for a film, rather than do the now over-used shaky camera a la Cloverfield or a full on documentary style movie; District 9 takes on a mixed approach and does it extremely well – think the War of the Worlds radio broadcast of 1938. The film starts out with interviews of people discussing the main character after all the events had happened (that the film shows) – of course they say it in such an ambiguous way that it gives nothing away about the film coming other than “some guy did something unexpected but we don’t blame him.”

Throughout the film you get short documentary clips that cut down towards the action climax and then peak at the end again so you notice them but they really do add to the film.

It’s a film I’d highly recommend seeing, even for none sci-fi fans because it “feels real” – as much as a film can like this – it’s guaranteed to pull you in and get your emotions flowing.

One Response to InnoISAM / District 9