Donald Trump is always there to provide amusement. His most recent outing is him reminiscing about 9/11 and the people there; however in his mind I think he was shopping for cheeto’s to mind up and recover his face with. I was down there and I watched our police and our firemen, down on 7-11, down at the World Trade Center, right after it came down, and I saw the greatest people I’ve ever seen in action… I saw the bravest people I’ve ever seen, including the construction workers, including every person down there. You can see a clip here: … Continue reading →

Our Russian exchange student, Suckmeoff, approves. Do not fall asleep if you’re Ontop. Pray to god you don’t catch Herpes in the corridor. 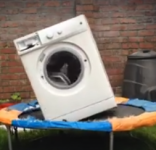 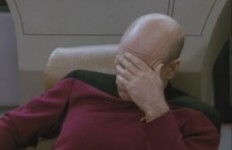 The next time anyone mentions anything to do with America and refusing to accept gay marriage, straight marriage or any marriage between two people – particularly those people in government jobs, please just point them to the first amendment page on Wikipedia and quote: Congress shall make no law respecting an establishment of religion, or prohibiting the free exercise thereof Or in modern English: The “establishment of religion” clause of the First Amendment means at least this: Neither a state nor the Federal Government can set up a church. Neither can pass laws which aid one religion, aid all religions, or prefer one … Continue reading → 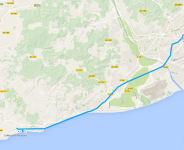 In what I can cool but many will call scary, Google has released Timeline which basically allows you to stalk yourself, quoting from the announcement on the Google blog: Have you ever wanted a way to easily remember all the places you’ve been — whether it’s a museum you visited during your last vacation or that fun bar you stumbled upon a few months ago? Well, starting today, Google Maps can help. Most of us will know Google has had location history on its devices for a long time now and you’ve been able to view where you’ve been, Timeline just … Continue reading →

In what may be one of the happiest events of my life, The Crystal Maze will be back in a format for everyone to enjoy! At the moment there is a funding event on Indiegogo with a rather easy target of £500,000 – at the moment of writing this, just 8 hours in from the midnight launch, it is over £63,000 – so I doubt very much this won’t happen. Quoting from the site: You’ll get to play the maze just as contestants did on the original show – placing you at the centre of the action. What we really want, … Continue reading → 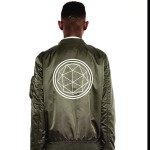 Well it looks like one of my biggest wishes is coming true – The Crystal Maze is coming back to the world! However it quite possibly will not be a TV series to enjoy for a few years – boo! What it might be though is a theme park-esque style location to go to – EPIC! Either way it makes me giddy with excitement. There is very little to go on right now (how apt that it’s all cryptic) other than some stuff on instagram and a page you can sign up for….something. Whatever it is…I want it, and I want … Continue reading →

There’s not much to say about this other than you have to watch it because, ignoring Beyonce’s lips, it works near perfectly. Thank you internet for bringing two apparently unrelated things together perfectly. So here it is, Single Ladies featuring Duck Tales.

What can only be described as “the 80’s in a movie” is finally here, the epic named Kung Fury. Described as “a homage and a love letter to the 80’s from the director David Sandberg”, this fill was a Kickstarter that was bound to succeed. Paying tribute to everything that was crazy and awesome in the 80’s this movie features: arcade-robots, dinosaurs, nazis, vikings, norse gods, mutants and a super kung fu-cop called Kung Fury. There is very little to be said about it, it’s silly, nostalgic and most importantly, totally free. GO WATCH IT!

So I got a call around lunch today saying I won the prize at http://startreatment.co/star-access/ for a dinner reservation for Valentine’s today at a nice restaurant, I was a little taken back but very happy – it’s a free Valentine’s  day meal for me and my husband, great! As with most of these competition’s I wasn’t expecting to win but was extremely pleased to get the phone call. Then I got this email…. To quote the bit that took me by surprise: “Just a little reminder; this is just a reservation, it’s up to you to foot the bill. ” That’s right, I won … Continue reading →