wade.one » Events » What a line up – and now Ivana Trump! Celebrity Big Brother

What a line up – and now Ivana Trump! Celebrity Big Brother

I’ve not watched much Celebrity Big Brother this time around, as usual it’s become extremely over the top and feels almost scripted (as in the housemates, obviously BB has a script!) One thing they have done this time around though is actually get a couple of people who can actually be classed as celebrities. I know, I know, they’re not switch on the TV and they’ll be on a TV show or film right now, but they’re people who’s names you recognise, I think most notably (until this weekend) was Basshunter, even people who find his music terrible know the name. 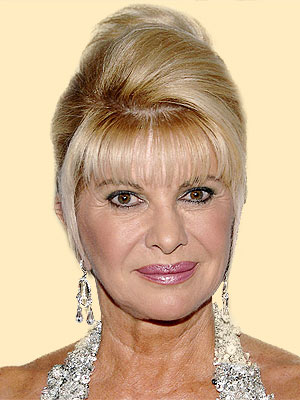 Then of course there is Sisqo, I’m sure a lot of people know him (Thong Song.)

Now, they have Ivana Trump in there. A name I’m sure most people have heard, even if they’re not sure where. For those of you wondering, think about Donald Trump, that’s a name that should help you trigger a memory.

For those of you who hate Big Brother, continue to avoid it. For those of you who used to like it but have wained, I’d consider checking a few episodes out of CBB this year, it’s nowhere near as good as those first 2 years, but it’s probably their best one since (although it could still go all down hill.)