There’s not much to say about this other than you have to watch it because, ignoring Beyonce’s lips, it works near perfectly. Thank you internet for bringing two apparently unrelated things together perfectly. So here it is, Single Ladies featuring Duck Tales.

What can only be described as “the 80’s in a movie” is finally here, the epic named Kung Fury. Described as “a homage and a love letter to the 80’s from the director David Sandberg”, this fill was a Kickstarter that was bound to succeed. Paying tribute to everything that was crazy and awesome in the 80’s this movie features: arcade-robots, dinosaurs, nazis, vikings, norse gods, mutants and a super kung fu-cop called Kung Fury. There is very little to be said about it, it’s silly, nostalgic and most importantly, totally free. GO WATCH IT!

NVIDIA’s latest GeForce GTX 980 Ti graphics card has been officially confirmed to launch on 2nd June at the Computex 2015 event. NVDIA seems to be holding a big event at the show to launch their competitive, high-performance, GM200 based graphics cards to GeForce users which will be shown off at the event and live streamed to public via Twitch. Source: NVIDIA GeForce GTX 980 Ti Officially Launching on 2nd June At Computex – Brings Competitive Graphics Performance To GeForce I personally, cannot wait for this card, I will be ordering it from the first company that releases a custom version … Continue reading → 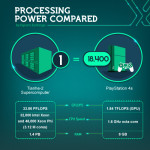 In 1954, IBM released the IBM 704 – the “supercomputer” of its time. Since then computer power has stuck relatively close to Moore’s Law and we now have a 1-trillion fold increase in the computing power available to us (or at least to people with access to modern day super computers, the rest of us are close, but not quite there). Something people often don’t think about is the relative tech changes as a fraction of human existence: we spent 3 million years to get to an era where we had an industrial revolution then decades later a PC, then decades … Continue reading → 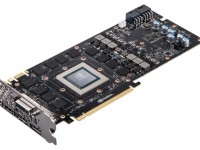 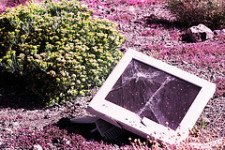 Have you ever been playing a game and gone away from your PC only to come back and find your monitor switched off? No problem right? Just move your mouse and it’s all back to norm….oh what on earth is this the game is now running at a weird smaller than desktop resolution! If you’ve had this issue, you’ll know what I’m talking about, particularly MMO players where the game GUI resizes based on the monitor resolution and so tends to screw up if it changes while the game is up and the game didn’t request the resolution change. It turns … Continue reading → 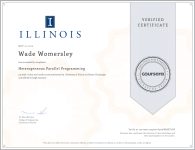 I just got my certificate through from Coursera for completing the Heterogeneous Parallel Programming by University of Illinois at Urbana-Champaign on Coursera and I’m very happy! It was a fun (and free) course that covered primarily CUDA programming but towards the end went on to OpenCL. Fun course to do and really helped me rethink parallel computing. The principles taught in the course can be applied quite easily to multithreaded programming.   This was one of the things that started me down the route of my libraries on GitHub – parallelisation, logging, etc. It’s a course I would recommend to anyone interested … Continue reading →