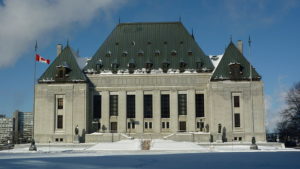 In what will surely spark controversy and complaints around the world, Canada has just become the latest country to allow assisted suicide from a doctor for those who are terminally ill or in severe pain and will be for the rest of their lives.

On Thursday, 14th April, 2016, Justin Trudeau introduced legislation to move forward with the legalisation of assisted suicide. The bill takes care to exclude visitors who wish to die – the rather aptly named “suicide tourism”. It also excludes those who are mentally incapable of making a rational decision, another logical decision.

Under the terms of the legislation, two doctors must agree to it and there’s a 15 day “cooling off” period after you’ve requested it to change your mind… That’s how I read it, the wording is obviously not that but it does read very much like a “15 day cancellation policy that does not affect your statutory rights”.

On the topic, Trudeau said “It’s a deeply personal issue that affects all of us and our families and all of us individually as we approach the end of our lives […] The plan we have put forward is one that respects Canadians’ choices while putting in place the kinds of safeguards needed.”

Personally I am for assisted suicide. If I ended up with a terminal illness that was just going to get worse over time and I was going to spend the next 3 months in increasing pain I’d prefer to go out my own way. Sadly I live in the UK and with people like David Cameron in charge, I’ve got more chance of my tax rate doubling than this ever becoming legal here.
Featured image from Wikipedia.
Image of the supreme court from Themightyquill, Wikimedia