Avatar is a must see film – at IMAX in 3D

On Tuesday night we went to see Avatar at the IMAX in Bradford’s National Museum of Film and Photography. I had semi high expectations for the film but had heard some bad press so how good it would be was left wide open. someone suggested we go to see it at the IMAX as it is vastly better, so that’s what we did.

The film was visually incredible, the attention to detail in the 3D work is undoubtedly the best I’ve seen. Pandora (the moon the Navi live on) is a world I wish I could experience first hand, from the vast luscious green trees to the plants that illuminate when they’re touched. I find it incredible just how much detail is in the scenery and how difficult it is to realise it is all CG. This is the kind of place I hope awaits us when we finally find a hospitable planet outside of our own. 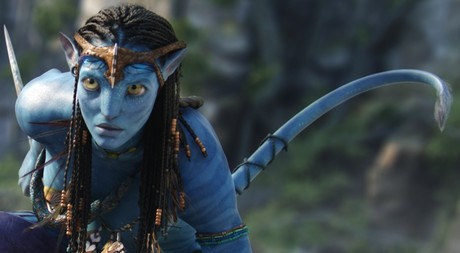 The Navi themselves are also a work of art, the method used to animate them means they move naturally, down to the slightest movement in the face.  Cameron’s team sought to go far beyond prior efforts, to ensure the complete reality of the characters. To do this, they developed a new “image-based facial performance capture” system, which used a head-rig camera to accurately record the smallest changes in the actors’ faces. Instead of using the motion capture technique of placing reflective markers on the actors’ faces to capture their expressions, the actors wore special headgear, to which a tiny camera was attached. The helmet/camera faced towards the actors’ faces and the camera recorded facial expression and muscle movements to a degree never before possible. Most importantly, the camera recorded eye movement, which had not been the case with prior systems.

Everyone needs to see this film at the cinema, and if you have an IMAX nearby, be sure to see it there.